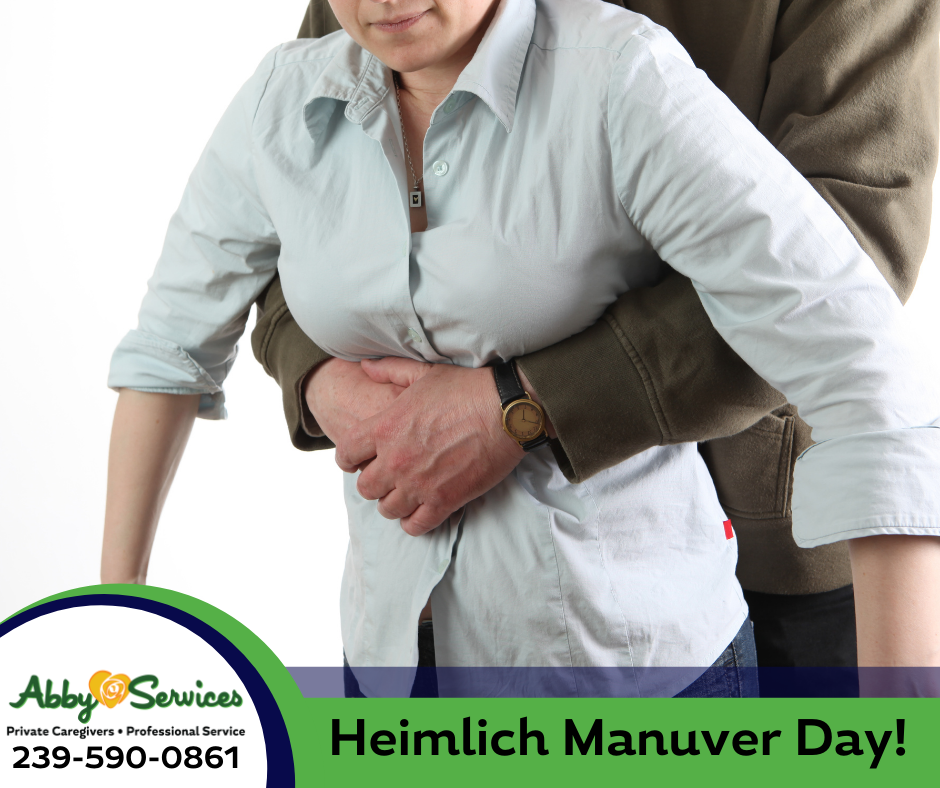 Yes, June first is Heimlich Maneuver Day. It is a day to honor a simple procedure that has saved many lives.

The History of Heimlich Maneuver Day.

Heimlich Maneuver Day goes back to the 1970s when Dr. Henry Heimlich’s technique for dislodging food or objects caught in people’s throats has saved thousands of lives around the world since it was invented.

The surgeon, who gave his name to the simple but dramatic procedure used to rescue people from choking, recently saved someone’s life with the Heimlich Maneuver at the age of 96.

In 2016 the retired chest surgeon assisted a female resident at his retirement home in Cincinnati who was choking, saving yet another life.

They were dining together and when he saw that she was choking Dr. Heimlich spun her around in her chair so he could get behind her and administered several upward thrusts with a fist until the piece of meat she was choking on was dislodged and she could breathe again.

This is the simple procedure that is taught to all who provide in-home elderly care when they complete CPR training.

Prior to the Heimlich Maneuver, the standard practice for dealing with choking was to hit the afflicted person on the back. Heimlich argued then and still does, that this action can force the obstruction further into the airway, not dislodge it.

The Heimlich Maneuver can be used by trained in-home senior caregivers and by the general public. The Heimlich Maneuver consists of an in-home caregiver putting their arms around the choking victim and exerting upward abdominal thrusts, just above the navel and below the ribs, with the linked hands in a fist, until the obstruction is dislodged.

In the US just over 4,800 people die annually from choking through various causes, with around 3,000 of those believed to be from choking on food, according to the US National Safety Council. These choking deaths can be prevented by this simple and effective maneuver. Therefore all in-home caregivers referred by Abby Services are trained in the important lifesaving procedure as part of their state-required training.

You don't need to wait for Heimlich Maneuver Day to learn this simple lifesaving procedure.

CPR (Cardio-Pulmonary Resuscitation) and AED (Automatic External Defibrillator) training is available, along with First Aid Training for community groups or businesses. locally in Fort Myers through the Iona Fire District.

CPR classes are available in different formats. The class can be targeted toward learning the technique of CPR and choking for adults, children, or infants – OR all three.

Through the Iona Fire District, Participants are taught by certified American Heart Association (AHA) instructors and receive a course and personal handbook in CPR/AED. This Family-friendly course is available at no cost to residents of the Iona-McGregor Fire District.

PrevPreviousLooking for CNA jobs near Fort Myers? Are you an HHA? 1 Great Way To Find Work!
NextFlorida’s In-Home Caregiver Shortage. How bad will it get?Next